Agents of Behemoth: The Five Points

The Malleus Maleficarum of Heinrich Kramer and James Sprenger states, "Now the motive of the will is something perceived through the sense or the intellect, both of which are subject to the power of the devil.


This evil, which is of the devil, creeps in by all the sensual approaches;


he lurks in angry and wrongful conversation, he abides in smells,


he impregnates with flavours and fills with certain exhalations all the channels of the understanding.
https://guantanamo-on-the-styx.tumblr.com/post/187109400317/president-trump-will-personally-benefit-from-the

Therefore it is seen that it is in the devil’s power to influence the will, which is directly the cause of sin."

The Face of Horror by Gerd Altmann from Pixabay
at Wednesday, August 21, 2019 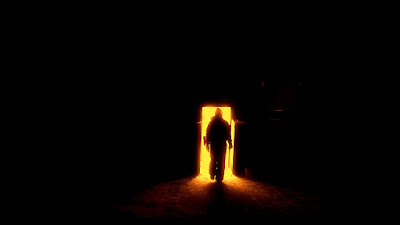 'The Door to Hell' by Khusen Rustamov from Pixabay.

"...there is in them a natural madness, a rabid concupiscence, a wanton fancy, as is seen from their spiritual sins of pride, envy, and wrath.

https://guantanamo-on-the-styx.tumblr.com/post/186807939787/teachers-doctors-a-small-town-mayor-new-sex
For this reason they are the enemies of the human race: rational in mind, but reasoning without words; subtle in wickedness, eager to do hurt; ever fertile in fresh deceptions,

https://guantanamo-on-the-styx.tumblr.com/post/186818237862/assistant-coach-patrick-klein-resigns-ohio-state
they change the perceptions and befoul the emotions of men, they confound the watchful, and in dreams disturb the sleeping;

https://guantanamo-on-the-styx.tumblr.com/post/186843641547/how-fox-news-pushed-the-white-supremacist-great
they bring diseases, stir up tempests, disguise themselves as angels of light, bear Hell always about them..." - From 'The Malleus Maleficarum of Heinrich Kramer and James Sprenger.'

Email ThisBlogThis!Share to TwitterShare to FacebookShare to Pinterest
Labels: Agents of Behemoth, Agents of Satan, crimes against children, crimes against women, Denizens of Zophos, greed, Minions of Belial, The Curse of Asmodeus, untrustworthy, worthless

"...in the time of Job there were no sorcerers and witches, and such abominations were not yet practiced. But the providence of God wished that by the example of Job the power of the devil even over good men might be manifested, so that we might learn to be on our guard against Satan, and, moreover, by the example of this holy patriarch the glory of God shines abroad, since nothing happens save what is permitted by God." - From the Malleus Malificarum of Heinrich Kramer and James Sprenger. 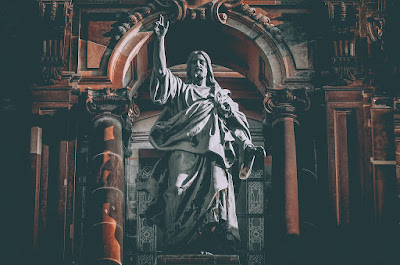 The purpose of this site is to bring attention to the evils that bring so much pain to so many good people and that, in their wake, leave trials and tribulations that the afflicted and the victims of crime and cruelty are forced to endure in order to save themselves and their souls. 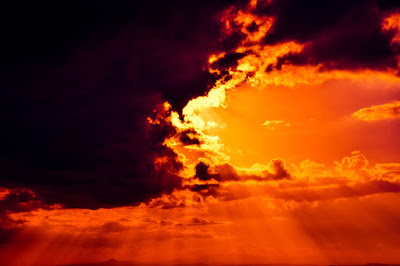 'Sky On Fire' by Dimitris Vetsikas from Pixabay

In order to shine a light on evil and putting its various manifestations in proper context, this site tracks and curates news articles and stories via the following five categories or vectors:
The Minions of Belial: Untrustworthy and Shameless

https://guantanamo-on-the-styx.tumblr.com/post/186178075377/minions-of-belial-an-introduction
Current focus: Moscow Mitch and the Putineers in Congress.

Agents of Behemoth: The Patrons of Greed

https://guantanamo-on-the-styx.tumblr.com/post/186106223312/agents-of-behemoth-an-introduction
Current focus: Dark money and any other financial improprieties.

The Curse of Asmodeus: Misogyny and Crimes Against Women

https://guantanamo-on-the-styx.tumblr.com/post/186065925797/triangulation-the-curse-of-asmodeus
Current focus: US politics and the entertainment industry.

The Denizens of Zophos: The Violators of Children

Agents of Satan is a compilation of the other four vectors.

Email ThisBlogThis!Share to TwitterShare to FacebookShare to Pinterest
Labels: Agents of Behemoth, Agents of Satan, Denizens of Zophos, Malleus Malificarum, Minions of Belial, Occupy Hades, The Curse of Asmodeus

Minions of Belial: The Five Points

The Minions of Belial:
Untrustworthy and Shameless.


"Belial (בְלִיַּעַל bĕli-yaal) is a Hebrew word "used to characterize the wicked or worthless."

Every time this critter lifts his head outta his hole, he’d should be met with unrelentin’ choruses of #MoscowMitch! #MoscowMitch !

The etymology of the word is often understood as "lacking worth", from two common words: beli- (בְּלִי "without-") and ya'al ( יָעַל "to be of value"). 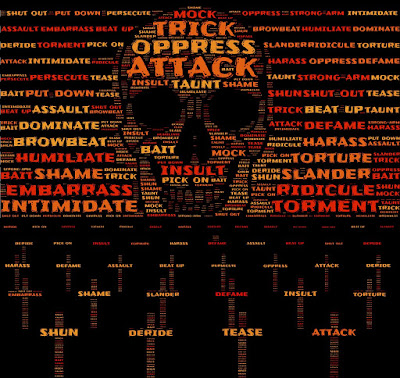 This is what’s wrong with Trump’s racism. Whether this manifesto belonged to the #ElPaso shooter or some other disturbed individual, this is what emboldening racism does to our country.

“If I learned anything from 25 years in the F.B.I., it was to trust my gut when I see a threat unfolding. Now we’re headed for trouble in the form of white hate violence stoked by a racially divisive president. I hope I’m wrong.” https://t.co/WEAdPvZyW7
— Joe Scarborough (@JoeNBC) August 5, 2019

""Belial" is applied to ideas, words, and counsel, to calamitous circumstances, and most frequently, to worthless men of the lowest sort, such as men...in general who stir up contention." - Wikipedia: Belial/Hebrew Bible.