Happy Halloween.
I've got beef with the 'agents of Satan.' 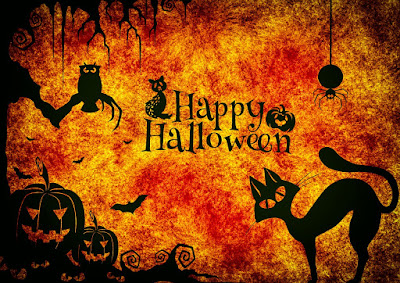 Image by Alexas_Fotos from Pixabay.

In case you didn't know, the agents of Satan are behind some of the evil influences responsible for your pain and suffering. They take possession of people who are open to their influences and, through them, wreak havoc on the lives of innocent people. Worst case scenario: An agent of Satan takes possession of you and uses you as a willing tool through which that evil entity can wreak havoc on the lives of people you know and love. So who are these agents of Satan? I've managed to whittle the number down to four:

1. Zophos (a.k.a., Zephyr) is the demonic violator of children. He takes possession of adults who are willing to do his bidding and, through them, feeds on the pain of innocent children & vulnerable adults. His willing acolytes are the 'Denizens of Zophos: The Violators of Children.'

2. Asmodeus is demonic influence behind misogyny, sexual violence and cowardice. Formerly associated with fornication and sexual temptation, he was replaced by another. Now the 'Curse of Asmodeus' is widely-recognized as the influence that precedes the violation and degradation of women.


3. Belial is worthless in every sense of the word. His favorite targets are unethical, disloyal and otherwise morally-bankrupt politicians. Once they become 'minions of Belial' they use their political power to sow discord, strife, confusion and suffering among the voting public.


4. Behemoth is as greedy as a pig with an insatiable appetite. He craves everything you will ever want or need. His influence is the driving force behind the unbridled avarice of the skinflints, cheapskates and misers in the GOP leadership. So the next time a vampire Republican tries to cheat you out of your Social Security, Medicare or Medicaid; you know who to blame: Behemoth and 'the Patrons of Greed.'