My son, keep your father's commandment, and forsake not your mother's teaching. Bind them on your heart always; tie them around your neck. When you walk, they will lead you; when you like down, they will watch over you. When you awake, they will talk with you. - Proverbs 6:20-22 (ESV)

I knew what a fake Christian was long before I accepted the King of Kings as my Personal Lord and Savior. Because of fake Christians, I was cheated out of a college degree. It began with character assassination by minions of Belial: king of the worthless.


I first designed this website to address the stereotypes of military veterans, the accompanying discrimination I suffered and the violations of my rights while a student at Bridgewater State, in Bridgewater, Massachusetts, from 2004 to 2006.

I'd sought informally to have a resolution to serious issues through the Office of Affirmative Action and the Office of the President. However, that never happened and the guilty were never punished.

After 24 years at BSU, Onset's Dana Mohler-Faria wishes he could have helped 'one more'
In April 2014, almost ten years to the day from the false imprisonment at Bridgewater State College, Belial struck again. This time, the attack was unleashed outside of the second-floor apartment where I lived at the time.

A bedbug-infested mattress was put against the wall directly beside my apartment door. A pool of insecticide lay the middle of the hallway, stretching from one end of the hallway to the other.

The pool of insecticide was so wide that it was nearly impossible for tenants and/or our visitors to avoid stepping into it. The infested mattress was on the left side of my apartment as I exited the apartment that day.

I saw other neighbors emerge from their apartments as well. When I got to the first floor, another demon was at the guard station (where the security camera monitors are) with the sentinel at the front door. I believe his name was Jeqon.

He apologized and told me that the property manager from Crossroads, Belial, instructed him to leave the mattress beside my door and to put the insecticide in the hallway.

I don't know all of the people who lived on the second floor where I lived at the time of the incident, but every tenant on that floor saw the bedbug-infested mattress that was put against the wall directly beside my door and the pool of insecticide that lay the middle of our hallway.

Belial returned again on October 22, the first day of Diwali 2014. To paraphrase what I said in The Outbreak of Hostilities, the property manager, Belial, wanted to inspect my apartment, without prior notice. When I refused he said, "I couldn't care less about your vocational rehab, and if you don't like my behavior, you can feel free to move someplace else." As of that moment, because of his insult, that individual was Belial: worthless.

A worthless person, a wicked man, goes about with crooked speech, winks with his eyes, signals with his feet, points with his finger, with perveted heart devises evil, continually sowing discord; therefore calamity will come upon him suddenly; in a moment he will be broken beyond healing. - Proverbs 6:12-15 (ESV)

No one knows if or when Belial will return to wreak more havoc in my life, but I know how the demon and his minions operate because 'Templardom' is designed to help converts to Christ. It helps them avoid the negative effects of disinformation and assists them in their efforts to stay focused on the King of Kings.

I have chosen to resist the devil, via the use of the Living Word, in the hopes that I may help other converts to Christ identify and effectively address the bold-faced liars and shameless cheats who make trouble for the Meek. Here I stand on The Embankments of Faith, and I shall fight."

There are six things that the Lord hates, seven that are an abomination to Him: haughty eyes, a lying tongue, and hands that shed innocent blood, a heart that devises wicked plans, feet that make haste to run to evil, a false witness who breathes out lies, and one who sows discord among brothers. - Proverbs 6:12-19 (ESV)

I am a demon-hating bigot who loves Jesus more than I hate Satan. 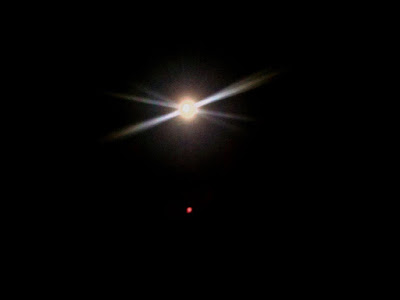