"There are things you shouldn't do and lies you shouldn't tell, because every backstabber ever born is destined for Hell." - Mister Al
Happy Halloween.

Tonight, I am but a tear in the eye of the Absolute.  In the spirit of the evening, when spirits creep and children sleep, this letter is meant for only one demon and it is you.

You are a king of the Underworld.  Back in 1969, someone wrote a book for you and called it a 'bible.'  In it, you included names that are not in your purview.  That inclusion was either the height of arrogance, or a very savvy political move on your part.  However, while this letter is for you, it isn't about you.


However, it is about members of your group who are known to you.  Now let's digress.

Let us discuss a priest. A priest in the Order of Nichiren Daishonin. I received Gohonzon on February 5, 1988.

A student of the Lotus Sutra, I was devoted in faith, practice and study and saw the world through that spiritual lens for a time. However, my practice represented a blend of information about esoteric spiritual practices. Though Nichiren Shoshu concentrated on the second and third chapters, soon after I installed my first shrine I was already plumbing through other chapters of the sutra.

There was one chapter in particular that had a lot of strange sounding words I'd never seen before, but I tried to say them anyway. I saw the translations, and thought nothing of them at the time. They were interesting, but that's all. At any rate I kept repeating the words until I could recite all of the prayers without pause, linking each section of the verses perfectly from beginning to end. Once I perfected my delivery, I moved on to other things.

In my early days as a lay-priest I searched for the syncretism supreme, and sought the red-thread of the Absolute that joins all living beings in spirit. the works of

Occupy Hades began on August 16, 2004, four months after the incident on the campus of Bridgewater State College that rendered me permanently disabled.

Before long I saw I was getting the run-around from the Counseling Center staff. They were evasive about giving me any information, in spite of the fact that I was forcibly hospitalized. So I was forced to request all of the information they had about me on file.

It wasn't until August 16 that I was finally able to retrieve my records and read the false statements that Dr. Grace Siebert-Larke gave the Chief of Campus Police, David Tillinghast on April 15 when the incident occurred. The shocking, outrageous and erroneous statements about my character and my career In the U.S. military were stunning, but even more unbelievable was the staggering mixture of stereotypes, bigotry and bold-faced lies Dr. Siebert-Larke deployed in her attempt to complete her "diagnosis" of me.

Fast forward about ten years to the first night of Diwali 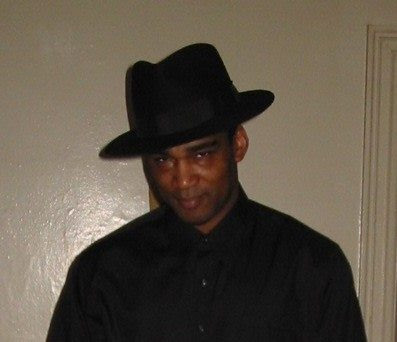